As an Amazon Associate, I earn from qualifying purchases.

In 2006 I returned to work after being home with my youngest daughter for two years. When I returned to work, I faced a new challenge; cell phones were now in the hands of high schoolers. Literally, on the first day of school, I had to contend with a student talking on their cell phone. “Mom, it’s last period. Can you come to pick me up from school? We aren’t doing anything, it’s just art.” I am not sure what angered me more, the flagrant way he just took out the phone or the words that came out of his mouth. I didn’t need a crystal ball to see that a very serious competitor for my students’ attentions was on the scene and it was proving to be quite the adversary.

I survived that year and went on to a new school where there was a strict policy on cell phones which the students generally complied with. I won’t lie, there were moments when a cell phone could be a good thing in the classroom and I bent the rules. Music was generally allowed during work time in my room and a student could plugin, as long as I didn’t see the phone. What is the phrase? Music soothes the savage beast? For some students, I believe plugging into music minimizes distractions and allows them to focus on their artwork. What are other possible uses? A student might use a phone to research. A student might use it to take a photograph of their artwork. A student might use a phone to edit that photograph and upload it to their online portfolio. Need a quick timer? Phone to the rescue. You are enlarging a photo by 1.5? Thank goodness for the handy calculator on a phone to help with the math. So, there are some pros to cell phone use in the classroom.

Then there are the cons. Most teachers would agree that cell phones negatively impact learning in the classroom, and research backs that up. Phones are a distraction for many students who can’t yet use the tool responsibly. Phones are expensive and in some areas may highlight those who have from those who have not. Phones also highlight safety issues as they impact mental health, can be a tool for bullying, and phones bring up issues of privacy.  Cell phones can be stolen, broken, and lost.

When trying to manage cell phones in class the first thing to take into account is your school’s cell phone policy. Data from the US Department of Education show that the percentage of schools that prohibit cell phones has been steadily decreasing. Schools typically allow cell phones but have a policy limiting their use but how that policy is enforced varies significantly among schools and teachers within the school.

If you have the autonomy to decide on a cell phone policy for your own classroom here are some best practices.

Lastly, cell phones can be a great topic for art. Think about weaving these artists into discussions on cell phones. 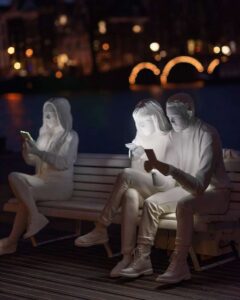 Artist Gali May Lucas creates these unique art installations that highlight our obsession with technology. 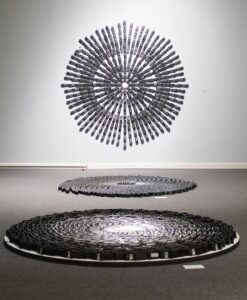 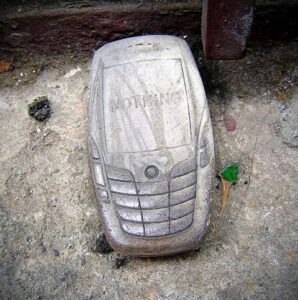 3. Artist Will Coles creates these concrete phones that are then left for people to find and ponder. 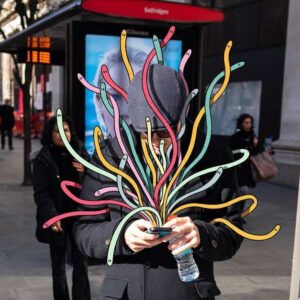 4. Illustrator Andrew Rae draws monsters bursting out of phones of people staring at their phone screens. 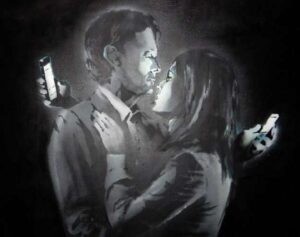 6. Even Banksy has flirted with the topic in his piece “Mobile Lovers.”

Cell phones for Art: Window to another world 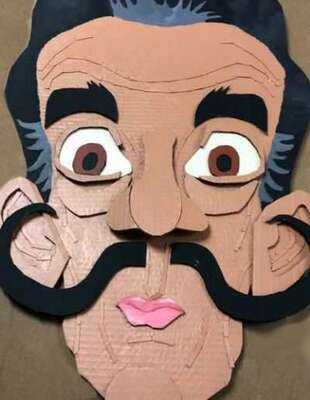 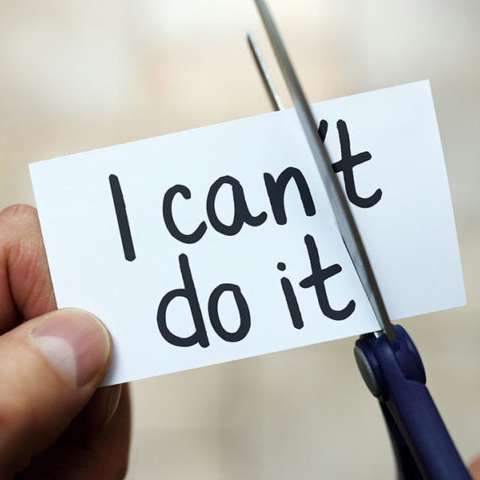 Practical and quick ways to respond to “I can’t... 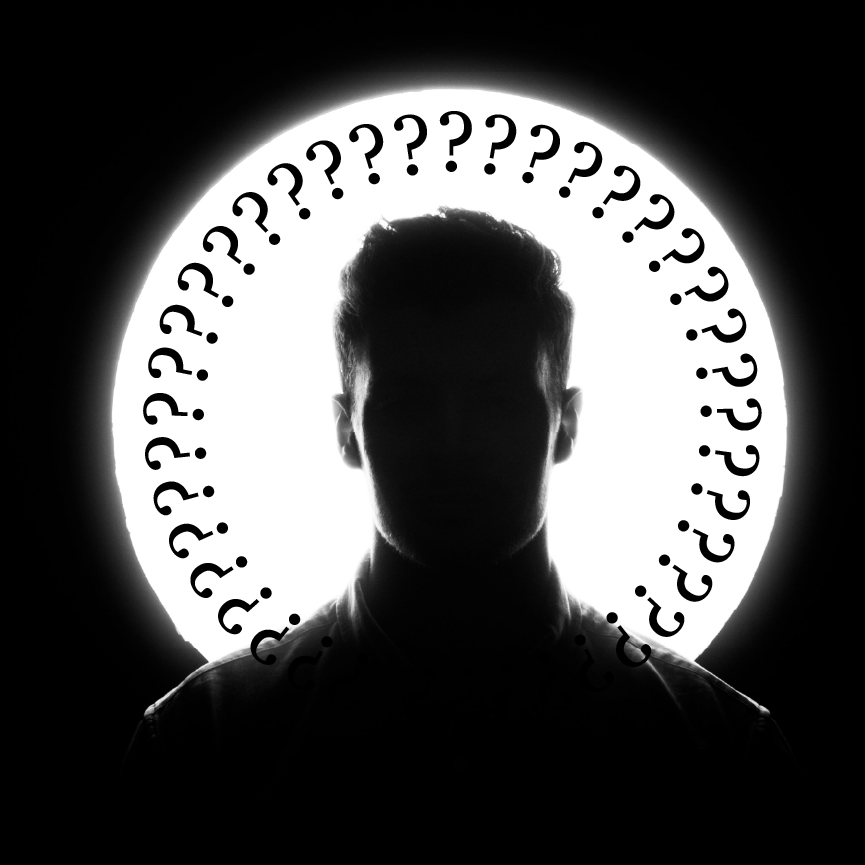 How do art teachers experience and manage impos... 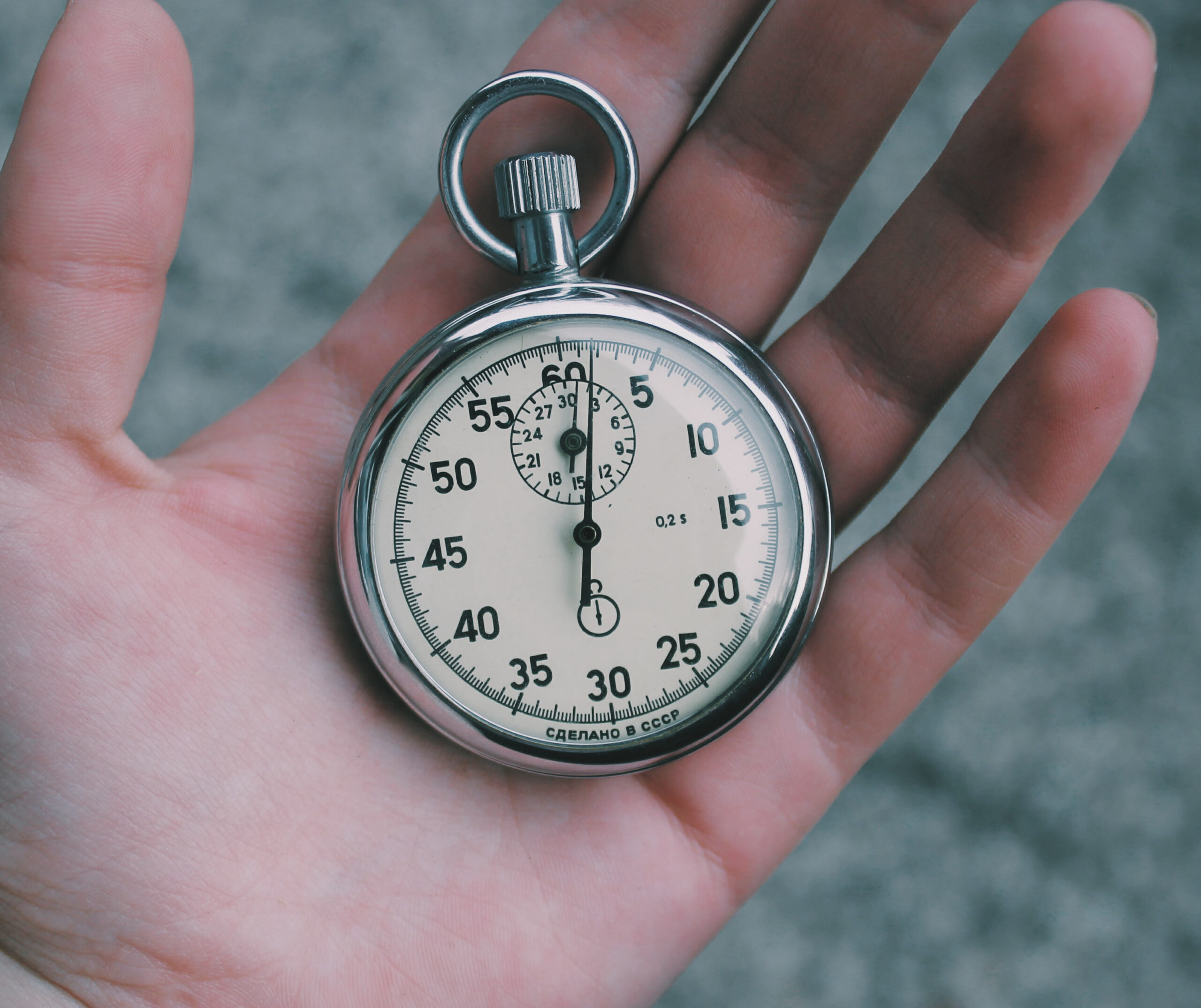